MONTREAL — Quebec added several more municipalities to its list of cities under lockdown on Sunday, as the number of cases confirmed or believed to be linked to contagious variants in the province soared past the 10,000 mark.
Apr 4, 2021 5:04 PM By: Canadian Press 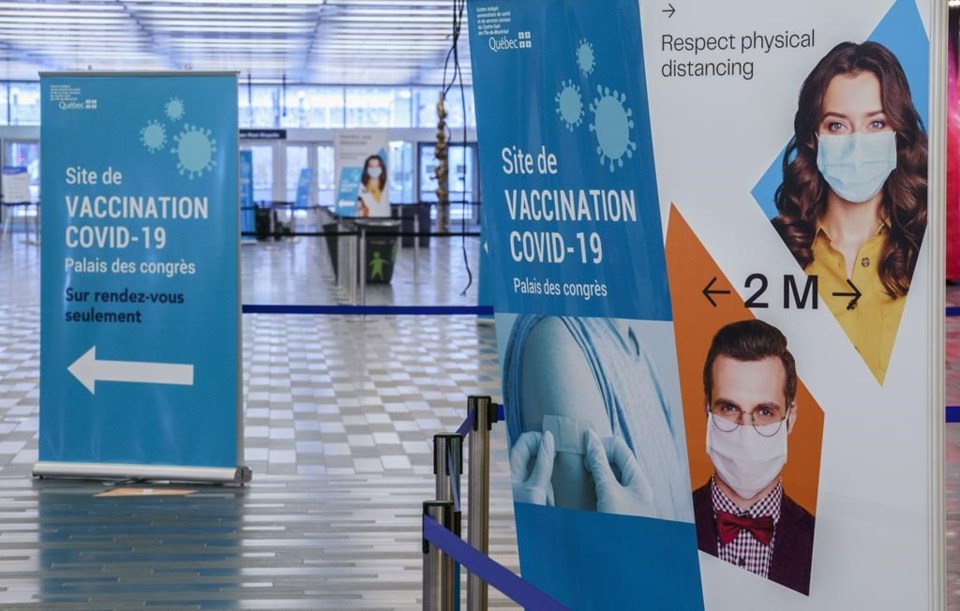 MONTREAL — Quebec added several more municipalities to its list of cities under lockdown on Sunday, as the number of cases confirmed or believed to be linked to contagious variants in the province soared past the 10,000 mark.

The government said in a news release that non-essential businesses will close and the evening curfew will be moved to 8 p.m. from 9:30 as of Monday evening in several parts of the Chaudiere-Appalaches region, including Beauce-Sartigan, Bellechasse, Les Etchemins, Nouvelle-Beauce and Robert-Cliche.

Schools will close for in-person learning, while theatres and museums must also shutter as of Monday at 8 p.m. until at least April 12.

"These exceptional health measures, similar to those in force at the beginning of January, are necessary in order to limit unnecessary contact between people as much as possible," the government said in a news release.

The region south of Quebec City saw its confirmed number of cases jump to 136 on Saturday, up from 74 the day before.

"Despite an appearance of stability in Quebec, some regions are experiencing a concerning (rise) in new cases," he wrote.

Quebec reported 1,154 new COVID-19 infections on Sunday and nine additional deaths linked to the virus, including one that occurred in the last 24 hours.

The regions cited by Dube were among those designated as "red" zones last week as they moved to the province's highest COVID-19 alert level after a few weeks at the less restrictive "orange" classification.

The new rise in cases has been linked to more contagious variants, which now account for 64 per cent of new COVID-19 diagnoses in the province.

Quebec announced 779 new presumed cases involving variants on Sunday, which brought the provincial total past the 10,000 mark to 10,337.

The number of confirmed variant cases was unchanged at 1,592.

While cases involving variants were originally concentrated mostly in Montreal, they have since been detected in all but two regions of the province.

Hospitalizations increased by one to 502 on Sunday, while the number of patients in intensive care rose by four to 128.

Dube said Sunday that 77 per cent of Montrealers age 60 and above have either received their first shot or booked an appointment for a vaccine.

He said on Twitter that the province had redirected 34,000 vaccine doses to the regions to help them catch up to Montreal, which was initially prioritized due to a higher number of cases.

Quebec also announced it had received over 135,000 doses of the Moderna vaccine and almost 340,000 doses of Oxford-AstraZeneca, both of which will move through the health network in the coming days.

This report by The Canadian Press was first published April 4, 2021