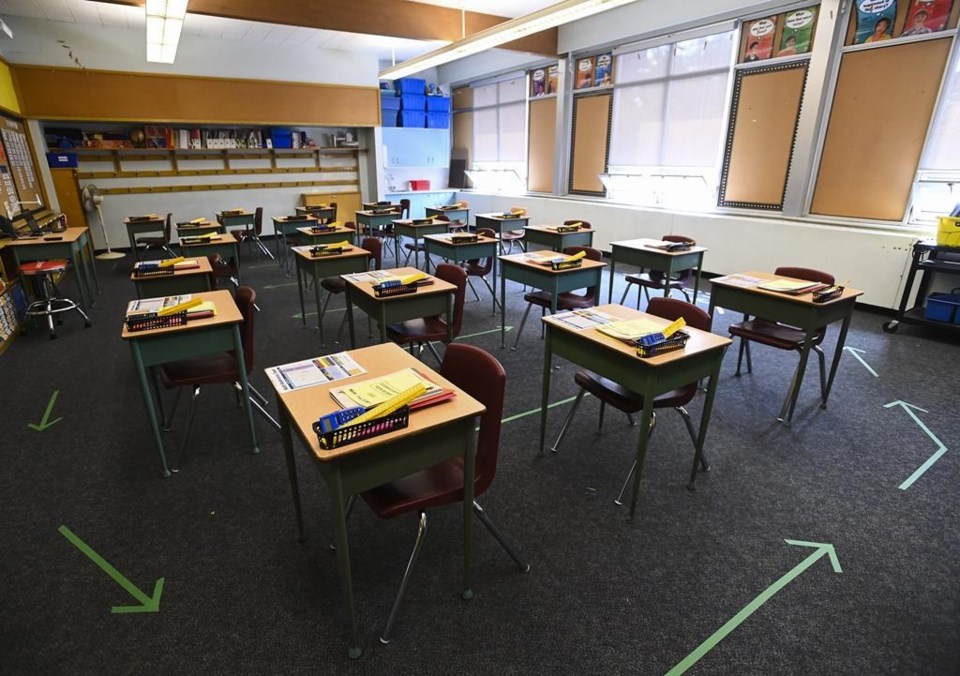 TORONTO — The Ontario government rejected efforts to support essential workers with paid sick leave Monday while admitting its now-reversed moves to close playgrounds and grant police sweeping enforcement powers had been a mistake.

Health experts and advocates have been calling on the government to bring in paid sick days and shut down non-essential workplaces for weeks, saying the measures could help the province fight soaring COVID-19 cases that are threatening to overwhelm the health-care system.

The Progressive Conservatives rejected Opposition motions on both issues, with government House Leader Paul Calandra saying he expected the federal government to announce further enhancements to their sick-day program.

"We expect that those changes will include a paid vaccination day for essential workers, and that it will include an elimination of the gap between when workers apply and receive benefits," he said. "We're anxiously awaiting (that)."

Calandra also said some of the restrictions announced by Premier Doug Ford on Friday had been a mistake but had been introduced to limit public gatherings and mobility.

"We made a decision based on trying to really get people to realize just how important it is that they stay home," Calandra said. "(It was) poorly communicated, poorly executed, and ultimately, I think we made the right decision in turning back on that."

Among the measures announced Friday were a closure of all playgrounds as well as an order giving police the right to stop anyone to ask why they were out and request their home address. Both were rolled back over the weekend.

The co-chair of Ontario's COVID-19 science advisory table said he nearly resigned out of "desperation" on Friday when he saw that the province had not followed some of his group's most basic recommendations, including advice on protecting essential workers.

Dr. Peter Juni said the science table did not recommend closing playgrounds or giving police wide-ranging enforcement powers and had instead recommended paid sick days for essential workers and the temporary closure of more non-essential workplaces.

Asked Monday if Ontario needs to close more non-essential businesses, the province's top doctor said it is something the government could look at.

"What some people may not think is essential, someone else may say 'that is so essential,' and the people want that service available to them," said Dr. David Williams. "So it's not a clear-cut answer in some people's minds."

NDP Leader Andrea Horwath, who had presented the motions on paid-sick leave and the closure of non-essential workplaces, said Ford's government was failing the province.

"ICUs are overrun, and people with COVID-19 are laying in hospital hallways in agony. More people will get sick, and many will die if we don't put powerful public health measures in place right away," she said.

Toronto's top doctor said Monday that Ontario needs provisions that allow workers to self-isolate and avoid spreading the virus to others.

"This includes paid sick days – even on a temporary emergency basis, so that people can afford to stay home if they're sick," Dr. Eileen de Villa said. "The science supports this. As well, we need measures that will meaningfully limit transmission to make it harder for the virus to spread."

"Doug Ford is the worst premier in Ontario history at a time when leadership matters the most," he said in a statement. "He should resign now before he makes things any worse."

Green party Leader Mike Schreiner said Ford's government had "lost the trust and confidence of the people of Ontario."

Ontario reported 4,447 new cases of COVID-19 on Monday and 19 more deaths linked to the virus.

There are currently 2,202 people hospitalized across the province due to COVID-19, with 755 people in intensive care units and 516 on a ventilator, according to government data.

The pressure on the health-care system comes as the province announced Sunday that residents 40 and older would be able to get Oxford-AstraZeneca vaccines at pharmacies and doctors' offices starting on Tuesday.

Ford's office said Monday, however, that the province had been advised that delivery of Oxford-AstraZeneca shots expected for later this month may be delayed.

"As we look to expand our rollout of AstraZeneca to younger age groups and into more pharmacies, any delays to vaccine shipments would be devastating for Ontario right now," Ford said in a statement.

This report by The Canadian Press was first published April 19, 2021.