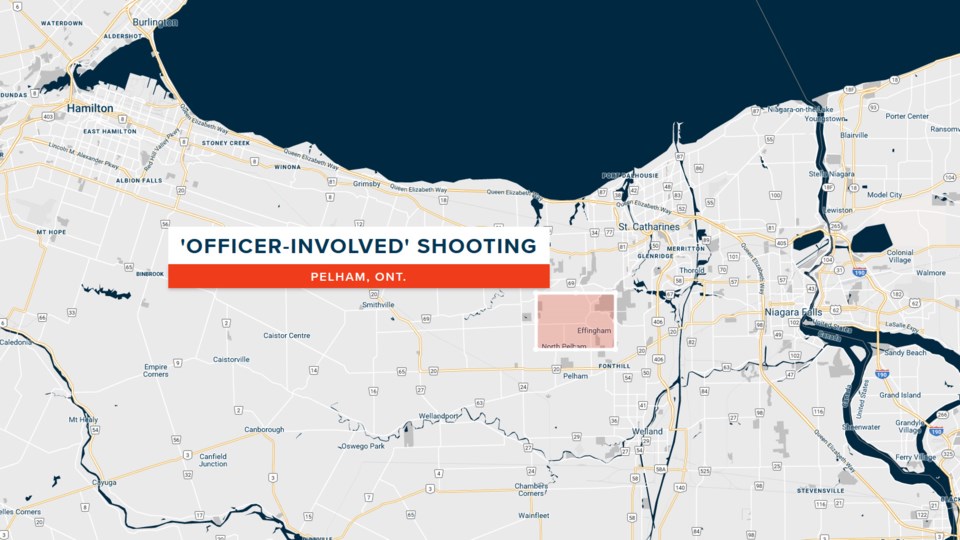 Ontario's police watchdog says it is investigating a shooting incident in which an officer was seriously injured.

The Special Investigations Unit says the incident happened today in Pelham, a town in southwestern Ontario.

Niagara regional police confirmed an officer was injured in Pelham, but provided few other details.

Police say the officer has been airlifted to hospital with unspecified injuries.

The SIU is an arm's length agency that is automatically called in to investigate reports involving police where there has been death, serious injury or allegations of sexual assault.

The SIU can confirm it is investigating an interaction between two Niagara Regional Police Service officers, and the gunshot wound sustained by one of the officers. SIU spokesperson en route to scene. Scrum early evening.