TORONTO — Sports fans can't pack into arenas this summer, but a new Toronto drive-in theatre hopes to get them a bit closer to the action.
Aug 5, 2020 4:25 PM By: Canadian Press 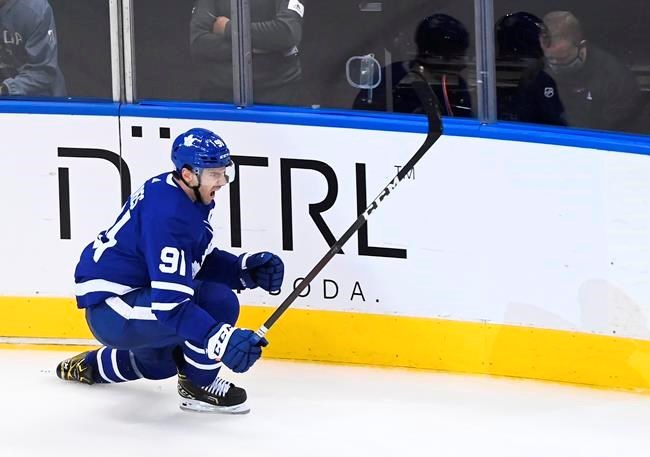 TORONTO — Sports fans can't pack into arenas this summer, but a new Toronto drive-in theatre hopes to get them a bit closer to the action.

Maple Leaf Sports and Entertainment has partnered with Live Nation to open a 40-foot movie screen to showcase a series of Toronto Maple Leafs and Toronto Raptors playoff games.

The OLG Play Stage, located at Ontario Place, will also host a lineup of concerts over the coming weeks.

Admission for sports will be a minimum $25 donation towards the MLSE Foundation, while concert prices vary by the performer.

The first event is slated for Aug. 7 when the Leafs play the Columbus Blue Jackets in Game 4 of their Stanley Cup qualifier series.

Organizers say each playoff game will begin with a 30-minute pre-game show, and a selection of food and beverages will be available for pre-order, as well as merchandise, that will be delivered to your vehicle.

The Reklaws, a Canadian country duo, will be the first act to play the stage on Aug. 13.

Details on future concerts with Walk Off the Earth, Sam Roberts Band and others will be announced shortly, organizers said.

The announcement is the latest temporary drive-in to pop up along the Toronto waterfront, following the launch of CityView Drive-In in the parking lot of a nearby nightclub.