TORONTO — Money vanishes in the banking world and an off-Broadway illusionist delivers his own disappearing act in March’s streaming highlights.
Mar 1, 2021 11:15 AM By: Canadian Press 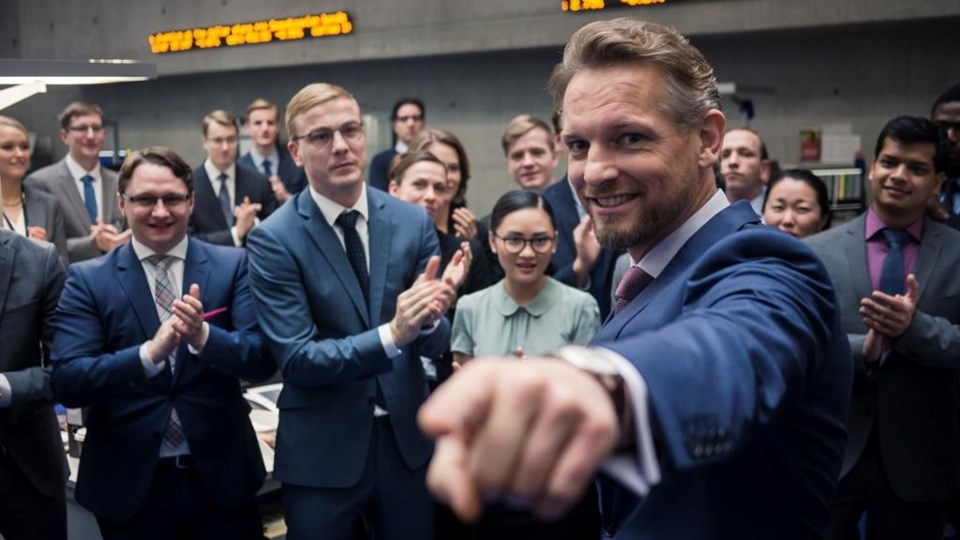 TORONTO — Money vanishes in the banking world and an off-Broadway illusionist delivers his own disappearing act in March’s streaming highlights.

Here’s a rundown of some TV shows and movies worth a look:

An ambitious female banker is pulled into the darker side of Germany’s financial industry when she’s recruited to spy on a rival investment bank. Driven by a propulsive storyline stacked with troubled characters, manipulative antics and grand machismo, this winner of multiple German Television Academy Awards fills the void left by the season wraps of “Succession” and “Industry.”  (CBC Gem, March 12)

“DEREK DELGAUDIO’S IN & OF ITSELF”

Magician Derek DelGaudio’s live theatre show “In & Of Itself” shook audiences with its blend of visual trickery and emotional illusions, and director Frank Oz brings the experience home with a 90-minute film that captures all the wonder. Standing before a packed audience of willing participants, DelGaudio doles out mind-boggling card tricks, engaging stories and an inexplicable connection with everyone in the room. It’s a one-of-a-kind rollercoaster of magic that could leave you in tears. Even if it doesn’t, the show is sure to create plenty of conversation in your living room. (Crave, March 1)

Many directors have committed their lives to filmmaking, but few so much as Michael Apted, the documentarian whose groundbreaking "Up" film series was a work in sociology and journalism, as well as hugely influential on the doc genre as a whole. Starting in 1964, he traced the lives of 14 Britons as they navigated race, class and the personal traumas that shaped their identities. The ninth film in the series, “63 Up,” is the most recent update Apted made before he died in January. It arrives on Britbox next to the previous eight installations, which offer a uniquely life-spanning binge experience. (BritBox, March 9)

A circle of high schoolers navigate the foibles of growing up in the social media age in this darkly comic five-episode series that echoes the progressive, yet controversy-fuelled, bent of “Euphoria.” Starring a cast of buzzworthy newcomers, including Justice Smith, Uly Schlesinger and Haley Sanchez. (Crave/HBO, March 11, episodes weekly)

One wrong turn and three friends suddenly find themselves trapped in the centre of a desolate Tokyo where someone is forcing them to play deadly games using smartphone apps. Based on a Japanese manga, this crafty thriller evokes the action energy of Quentin Tarantino and John Woo with a twisted edge that’ll appeal to horror fans. (Netflix, Now Available)

“ZACK SNYDER'S JUSTICE LEAGUE” – The original director of 2017’s DC Comics superhero mash-up “Justice League” reworks the film he started before leaving the project due to a death in his family. This four-hour director’s cut promises many surprises and moments originally left on the cutting room floor. (Crave/HBO, March 18)

“THE FALCON AND THE WINTER SOLDIER” – Two Marvel characters forge a new path after the events of “Avengers: Endgame.” (Disney Plus, March 19, episodes weekly)

“THE MIGHTY DUCKS: GAME CHANGERS” – A mother fed up with the politics of pee-wee hockey enlists Gordon Bombay (Emilio Estevez) to launch a new team. (Disney Plus, March 26, episodes weekly)

This report by The Canadian Press was first published March 1, 2021.

No word on whether Ontario will accept Ottawa's offer to send health-care workers
Apr 18, 2021 6:36 PM
Comments