TORONTO — Jeff Barnaby is a visionary in the filmmaking world — so much so that it seems the industry is still trying to figure out where he fits, he says.
May 14, 2021 1:23 PM By: Canadian Press 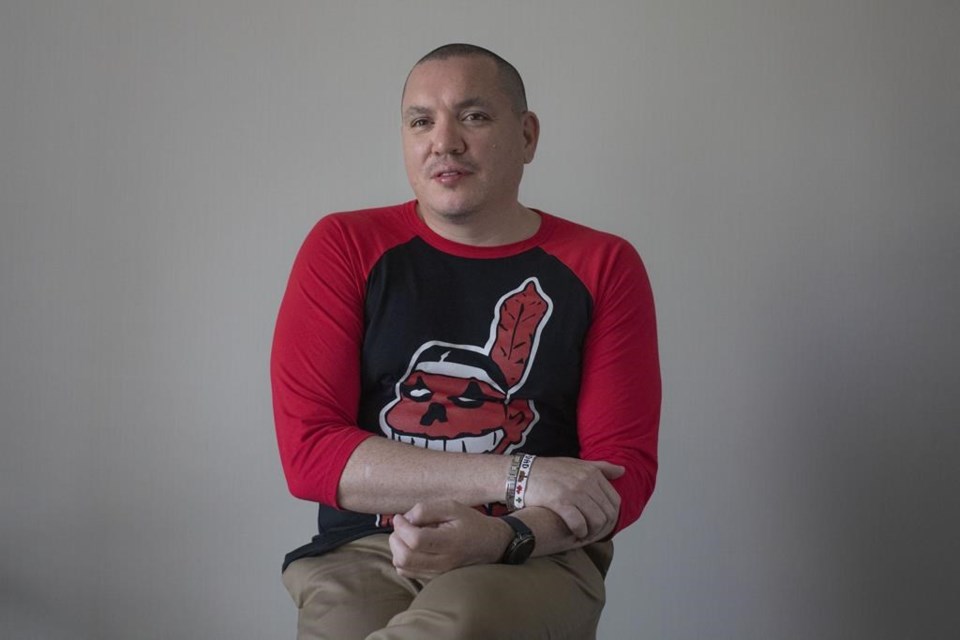 TORONTO — Jeff Barnaby is a visionary in the filmmaking world — so much so that it seems the industry is still trying to figure out where he fits, he says.

His Indigenous zombie horror "Blood Quantum" is the leading film contender for next week's Canadian Screen Awards with 10 nominations, including best editing and screenplay for Barnaby. And yet he says he's struggling to land his next project.

The Montreal-based Mi’kmaq writer-director says he has many things in the works but, as he tweeted this week, the one big project he had high hopes for "got shot down" and he's trying to figure out what the industry wants.

"I'm almost an institution unto myself in the sense that my stories are particular to my tribe. And I think it's hard sometimes to apply that to a more general audience," Barnaby, who also gained acclaim with his 2013 debut feature "Rhymes for Young Ghouls," said this week by phone.

"So I think, to a certain extent, nobody knows what to do with me. They don't know how to plug-and-play an auteur filmmaker that writes Mi'kmaq stories. So it's kind of hard to fault the industry, because they don't know what they're doing, to be frank. And nobody can tell them, because nobody's done it yet. Nobody's figured it out."

He also feels he has to wait for the culture to catch up to the contemporary Indigenous work he's doing.

"Blood Quantum," an apocalyptic tale of a plague infecting non-Indigenous people outside a fictional First Nations reserve, is not just an ode to classic horror movies but also a commentary on colonialism. And "Rhymes for Young Ghouls" is a stylized look at an Indigenous teen who resorts to selling drugs to avoid going to residential school in 1976.

"I wrote 'Blood Quantum' 13, 14 years ago, and it took that long for the zeitgeist to catch up to the concepts that were being executed," he said.

"And even then, it took a pandemic that we're still in to bring those ideas to the fore for everybody to better understand them."

Of course, the pandemic also poses another problem for getting work, as the industry faces theatre closures, expensive and time-consuming COVID-19 protocols on sets and pared-down cast and crew numbers.

"I'm getting the sense — from the three-times-removed that I am from the actual centre of decision-making — that everybody's downsizing, everybody's shrinking their outfits to better accommodate the belt-tightening that's going have to happen when all these theatres invariably close down, because it doesn't look like we're getting out of this pandemic anytime soon," Barnaby said.

"So I think we're in this flux where a lot of people are going to be shifting focus more to television, and for a filmmaker, that's a weird space to be."

Some parts of the industry still haven't found their footing on a push to increase representation and diversity throughout the screen sector, he added.

"There's no shortage of hospital shows but they can only have one Native show at a time on here," said Barnaby.

"A lot of time you'll hear, 'Oh, we already have our Native show' or something like that."

While the industry declares that voices of Black, Indigenous and people of colour need to take centre stage, "the reality is, when you look behind those productions, none of the creators are actually people of colour or just different points of view," Barnaby added.

The CBC's heralded Indigenous coming-of-age series "Trickster" was "supposed to be the next step" on that front, proving to executives who have been "scared to take that next step" that "Native people can do it, too," Barnaby said.

But the show, which has 15 CSA nominations, was cancelled after just one season in January amid controversy over co-creator Michelle Latimer's claims of Indigenous ancestry.

"And you're smash-cutting right back to the beginning again, when you think you made all this progress," Barnaby said.

Barnaby grew up on the Listuguj Reserve in Quebec and has also helmed many short films, including the Jutra Award-nominated "The Colony" and the Genie-nominated "File Under Miscellaneous."

He said the other projects he's working on include a possible TV show with Chris Lavis, co-director of the Oscar-nominated animated short "Madame Tutli-Putli."

He also edited an upcoming stop-motion animated film by Terril Calder for the National Film Board of Canada, and has "continued to explore" the world of "Blood Quantum" and Red Crow, the fictional reserve that provides the setting of both of his features.

"It's not everybody that can say, 'I've only worked on my own material and I've only committed myself to Indigenous storytellers or Indigenous stories.' I can say that," Barnaby said.

"I mean, it hasn't really benefited me actually, but artistically you have moments like (the CSAs) and I really just appreciate everybody else finally getting acknowledged for the work that they do."

The Canadian Screen Awards will air Monday through Thursday, in a series of livestreamed presentations on the website and social media channels of the Academy Of Canadian Cinema & Television.

This report by The Canadian Press was first published May 14, 2021.