TORONTO — Canadian filmmaker Sami Khan celebrated his Oscar nomination Monday with his wife and two-year-old daughter by having a mini dance party in their Toronto living room to the tune of Kool & the Gang's "Celebration." Then reality set in.
0
Jan 16, 2020 12:33 PM By: Canadian Press 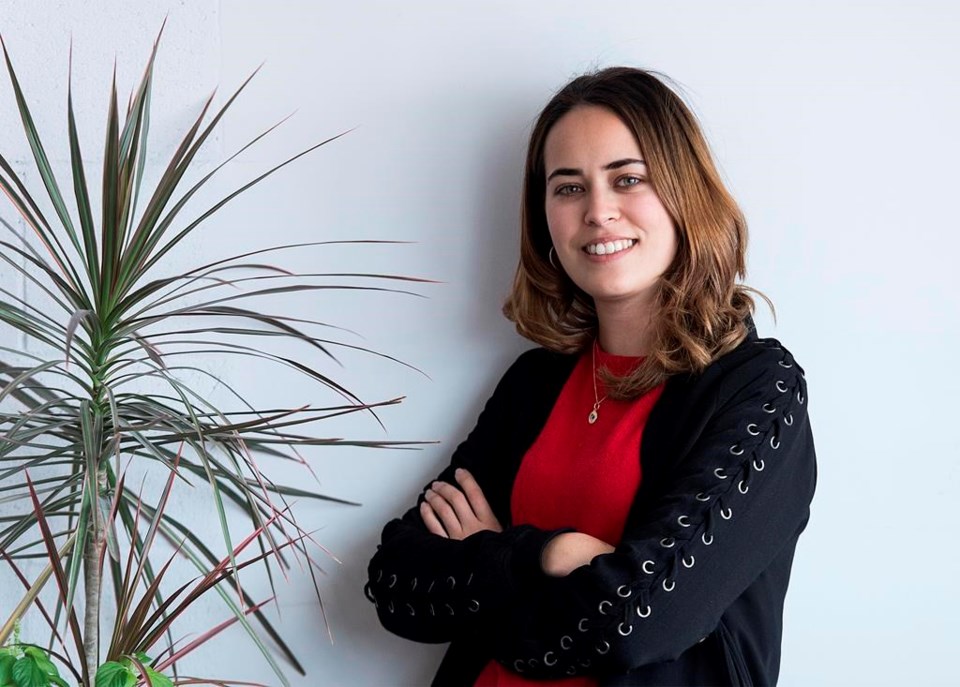 TORONTO — Canadian filmmaker Sami Khan celebrated his Oscar nomination Monday with his wife and two-year-old daughter by having a mini dance party in their Toronto living room to the tune of Kool & the Gang's "Celebration."

Then reality set in.

"Then we realized we had to drop our daughter off at daycare," the Sarnia, Ont., native said with a laugh in a phone interview Monday morning, shortly after he was nominated as co-director on "St. Louis Superman."

The story, which is up for best documentary short, is about a Ferguson activist and battle rapper who was elected to the overwhelmingly white and Republican Missouri House of Representatives.

"I was like, 'Yes, I am nominated for an Academy Award — but did you also know we also successfully potty-trained our toddler this week?'" Khan said. "So it's kind of been a huge week on both fronts."

Khan is among several Canadians in the running for this year's Oscars, which will be held Feb. 9 in Los Angeles.

Animator Dean DeBlois of Aylmer, Que., got a nod for best animated feature for the final instalment in the heralded "How to Train Your Dragon" trilogy.

DeBlois wrote and directed the coming-of-age story, which has the lead voice of Montreal-raised actor Jay Baruchel as a young Viking named Hiccup. In this last look at his life, Hiccup is a young adult, contemplating his future and finding a new home for his dragon, Toothless.

DeBlois was previously nominated for Oscars for 2011's "How to Train Your Dragon" and the 2015 sequel. He shares the nomination this year with producers Bradford Lewis and Bonnie Arnold.

"It's nice to have the last instalment in the trilogy also nominated," DeBlois said from his studio in Los Angeles.

"When it comes to the Oscars and awards in general, I try not to think about it, otherwise I kind of carry this guilt of representing 400-plus people who worked on the movie. Whenever we get nominated or we lose, with the highs and lows, I feel it personally, because I feel it's somehow my fault for not taking the prizes for the crew."

Other contenders for best animated feature are "I Lost My Body," "Klaus," "Toy Story 4" and "Missing Link," which also has a Canadian connection. Vancouver Trevor Dalmer was art director on "Missing Link," however he isn't named in the Oscar nomination.

Meanwhile, sound expert Paul Massey, who spent his early career in Toronto, is in the running for best sound mixing on "Ford v Ferrari." His co-nominees are sound pros David Giammarco, who is Canadian-American and was born and raised in Welland, Ont., and Steven A. Morrow.

This is the ninth Oscar nomination for Massey, who was born in England and moved to Toronto at age 19 to work in the music business. He moved to Los Angeles to work in film 13 years later.

Last year Massey won the Oscar for his work on "Bohemian Rhapsody."

Speaking of "1917" — Vancouver-born Dennis Gassner got a nod for best production design for the epic war film. He shares the nomination with set decorator Lee Sandales.

This is Gassner's seventh Oscar nod. He won the honour in 1992 for "Bugsy," and was last nominated in 2018 for "Blade Runner 2049," directed by Quebec filmmaker Denis Villeneuve.

His competition this year includes the films "The Irishman," "Jojo Rabbit," "Once upon a Time...in Hollywood" and "Parasite."

"This one is particularly sweet because it was such an uphill climb," Gassner said by phone from California, noting shooting the story of the Great War was "ambitious."

"You are in the trenches, literally, in this film, in all kinds of conditions."

And Montreal-based, American-Tunisian filmmaker Meryam Joobeur will also be representing Canada, in the category of best live action short for "Brotherhood."

The film is about a Tunisian shepherd who faces a dilemma when his estranged eldest son returns home from Syria with a mysterious young wife.

It's a co-production between Tunisia, Canada, Qatar and Sweden.

Joobeur's previous films include the 2012 documentary short "Gods, Weeds and Revolutions," about a young woman who returns to Tunisia and deals with her grandfather's Alzheimer's.

Her 2017 short fiction film, "Born in the Maelstrom," follows a young biracial woman as she struggles to find her identity.

— With files from David Friend.

This report by The Canadian Press was first published Jan. 13, 2020.

Note to readers: This is a corrected story. A previous version said Joobeur was born in Tunisia, and that Giammarco was American.

Ontario nurses group urges strict protections against novel coronavirus
Jan 28, 2020 4:03 PM
Comments
We welcome your feedback and encourage you to share your thoughts on this story. We ask that you be respectful of others and their points of view, refrain from personal attacks and stay on topic. To learn about our commenting policies and how we moderate, please read our Community Guidelines.