Ford's approval rating down 5% since his election: exclusive poll

An exclusive poll for CityNews by DART Insight found that Ford’s approval rating is at 35 per cent — down two points from September and five points since the provincial election
Dec 20, 2018 6:19 AM By: KitchenerToday Staff 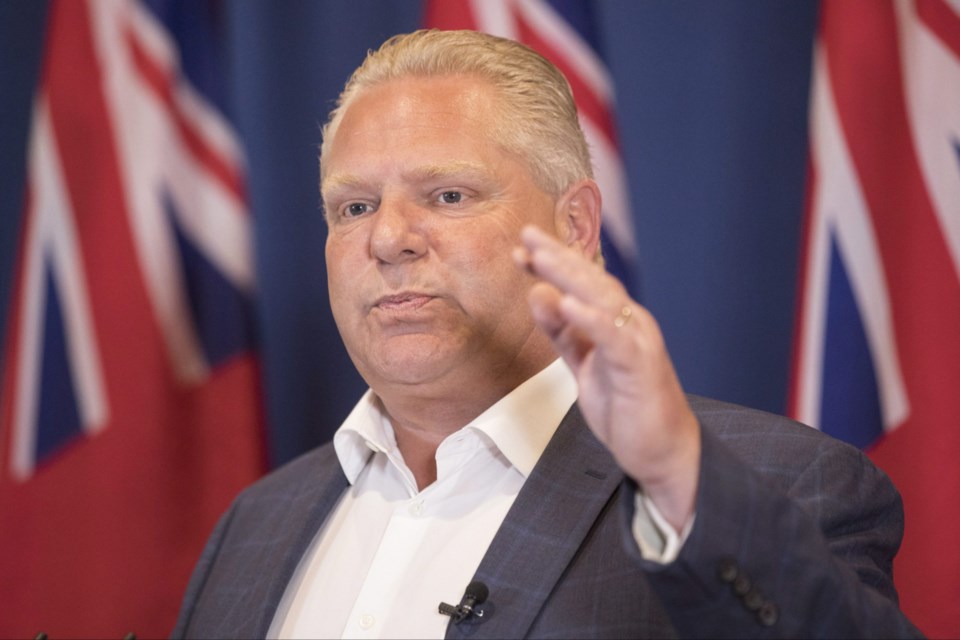 An exclusive poll for CityNews by DART Insight found that Ford’s approval rating is at 35 per cent — down two points from September and five points since the provincial election.

"This follows the Toronto municipal election which incorporated the downsizing of the city council by provincial fiat and a series of other self-inflicted political distractions," the poll’s findings state.

The forced cuts to city council was one of several controversies that surrounded Ford since he was elected premier. Some of the other issues included the dismissal of senior minister Jim Wilson over sexual misconduct allegations and the defection of the lone Francophone member of the PC caucus over cuts to French-language services in Ontario.

Ford continues to be hobbled by the controversy surrounding the appointment of family friend Ron Taverner as OPP commissioner. Although it appears this poll was conducted prior to that issue surfacing.

The poll also ranked Ford sixth among the nine Canadian premiers profiled in the survey, just ahead of Alberta premier Rachel Notley who has been dealing with oil pipeline and resources issues.

Newly-elected Quebec premier François Legault has the highest approval rating of any premier with 61 per cent.

The poll surveyed 5,962 Canadians who are members of Maru/Blue’s Online panel between December 5-12. The previous poll was conducted in September.

Below is the full ranking of the premiers’ approval rating:

The poll is accurate to within plus or minus 1.4 percentage points, 19 times out of 20. It was also conducted for the Toronto Sun.