Ontario's premier insisted Thursday that a prominent social conservative wasn't getting special treatment while trying to turn a Christian college into a university, but critics said it was clear Doug Ford was using new legislation to reward one of h
Oct 22, 2020 7:26 PM By: Canadian Press 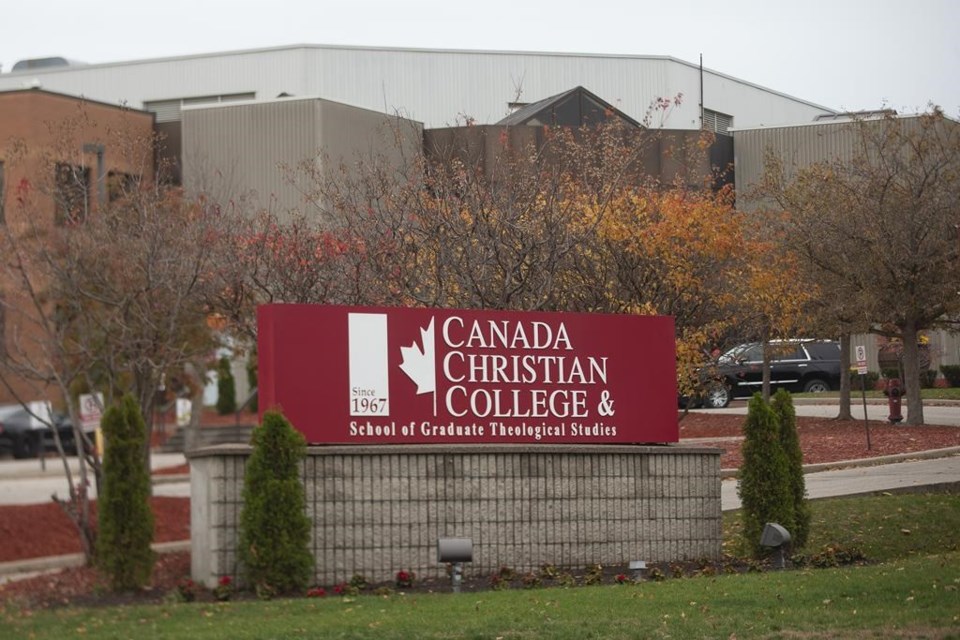 Ontario's premier insisted Thursday that a prominent social conservative wasn't getting special treatment while trying to turn a Christian college into a university, but critics said it was clear Doug Ford was using new legislation to reward one of his strongest and most controversial supporters.

The government recently introduced a bill that, among other things, would give the Canada Christian College - headed by evangelical pastor Charles McVety - the ability to grant university degrees in arts and sciences.

That legislation was introduced even though an independent body that evaluates post-secondary intuitions has yet to decide whether to accredit the college as a university - a move that's angered critics, including Ontario's former Liberal premier.

"Mr. McVety is going through the same process as every single other university in this province," Ford said. "It's an independent process and we'll see what happens."

A spokeswoman for the Ministry of Colleges and Universities said while the government's legislation has been introduced, the part that pertains to McVety's college would not take effect until the review is complete.

McVety - who has been a supporter of the premier ever since Ford ran for the Progressive Conservative leadership in 2018 - said the legislation proposed by the government is based on fairness, not favouritism.

He argued that colleges that grant degrees should be allowed to call themselves universities, and said the bill addresses that issue.

"It is unconscionable for students, the majority of whom are visible minorities or new Canadians, to have their hard-earned Bachelor, Master and Doctoral degrees marginalized due to outdated naming practices," he said.

McVety was an active opponent of former premier Kathleen Wynne and her move to update Ontario's sex-education curriculum in 2015. He was also a key voice pushing Ford to scrap and replace that document when Ford came to office.

Wynne denounced the government's legislation on Thursday, saying the province should not "extend the mandate" of McVety given his controversial history.

The former premier said McVety has made derogatory comments about the LGBTQ community and the government's bill validates his views.

"Why then would this government grant such an organization, run by a man who rejects science and evidence and is on the record espousing hate, grant university degrees in science and in arts?," she said. "Is this actually happening because of McVety’s support during the 2018 election campaign?"

"Why is this government thinking about using an omnibus bill about helping small and medium-sized businesses navigate and recover from COVID-19 to give the likes of Charles McVety the right to grant degrees," she said in the legislature.

An association that represents approximately 17,000 university faculty and librarians across the province also condemned the legislation.

In a letter to the government, the president of the Ontario Confederation of University Faculty Associations said it was alarmed by the attempt to "discreetly" pass the bill given McVety's controversial views.

"Allowing the Canada Christian College to call itself a 'university' and to award degrees in our province would most certainly harm ... marginalized communities and allow hateful and discriminatory speech to persist," the group's president, Rahul Sapra, said.

McVety, for his part, said his school is a "diverse institution" and stressed that he, staff and faculty value "all individuals."

"It is sad that the NDP and MPP Kathleen Wynne would recklessly damage the lives of hundreds of students and thousands of graduates with mindless, hateful name calling," he said in a statement.

COVID-19: Police in Quebec probing weekend maskless dance party in Montreal-area mall
Nov 23, 2020 12:45 PM
Comments
We welcome your feedback and encourage you to share your thoughts. We ask that you be respectful of others and their points of view, refrain from personal attacks and stay on topic. To learn about our commenting policies and how we moderate, please read our Community Guidelines.