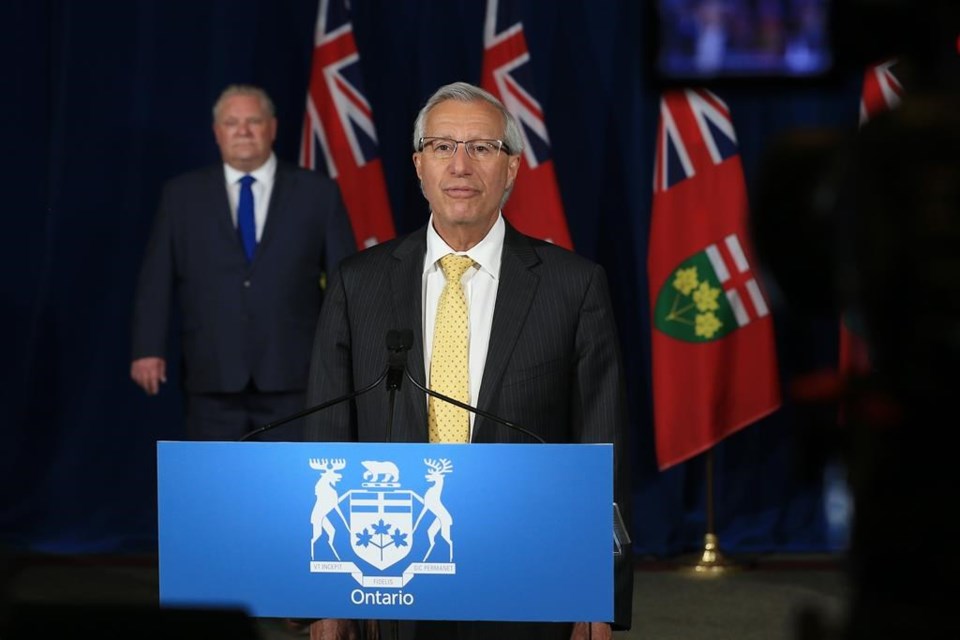 TORONTO — A $14 billion federal financial aid offer to all of Canada's provinces and territories isn't enough, Ontario Premier Doug Ford said Friday, noting the cost of his province's COVID-19 response alone is expected to be $23 billion.

Ford made his case for billions more in funding hours after Prime Minister Justin Trudeau outlined the federal offer to the provinces and territories.

The premier said his government had ramped up spending in the health-care system and in long-term care, while buying personal protective equipment and supporting cash-strapped municipalities.

Ford said no province will be able to address the costs of the pandemic alone.

Trudeau said Friday morning there will be money to buy personal protective equipment for front-line health workers, for child-care facilities to be able to reopen safely, and for municipal governments to help keep city services like transit running.

How the money is distributed will depend on reaching what Trudeau calls a "safe-restart agreement" between the federal government and each province or territory.

The federal government has also said there will be funds for workers to get up to 10 days of paid sick leave if they don't already have such benefits.

But Ford said when that idea was introduced by Trudeau on a conference call with Canada's premiers on Thursday, there was very little support outside of British Columbia.

"I don't support it," he said. "We have legislation that protects jobs for people if they don't feel safe. They don't have to go into work. I'd rather put those funds into long-term care. I'd rather give those funds to municipalities"

"Workers always deserved paid sick days, and Ford's attempt to deny this simple public health and human decency measure is horrible," she said in a statement. "He's forcing people to make the choice between going in to work when they're unwell and symptomatic, or being short on the rent or mortgage."

"The ability to stay home when you are ill should not depend on your wealth or your job," he said.

Municipal leaders across Canada have been asking for billions in aid to address urgent needs, with some in recent weeks expressing frustration at the apparent stand-off between the provinces and the federal government over a funding agreement.

On Friday, the Large Urban Mayor's Caucus of Ontario pressed for a commitment from both governments.

"This is a now problem, not a tomorrow problem. We need action, not words," said Guelph Mayor Cam Guthrie, who is chairman of the group. "On behalf of Ontario's big city mayors, please, conclude your negotiations and start supporting our residents and the services we all need to support the recovery."

Ford also offered up some additional details about a planned announcement early next week on the province's second stage of reopening.

He said the next stage will not begin immediately, but will instead provide businesses with notice to start getting ready to reopen.

The province will also lay out a phased plan for reopening child-care centres, he added.

Ford said he does not believe the province is moving too slowly to restart the economy, and it must remain cautious to prevent spread of the virus.

"As much as Stage Two will be focused on getting people back to work, it's also about finding ways to try to get life back to normal this summer," Ford said. "Even if it's a little different than before."

Ontario's tourism minister said Thursday the sector had been hard-hit by the COVID-19 pandemic.

She said the province may not see its visitor levels return to 2019 levels until 2024.

This report by The Canadian Press was first published June 5, 2020.

Note to readers: This is a corrected story. A previous version said the province conducted 20,730 tests in the previous day, due to a government error. In fact, the province completed 22,730 tests.