Toronto mom Emma Trousdale would love to send her two kids to school full time. But even if she chooses that option over remote learning, she expects they'll end up spending a considerable amount of time at home.
Aug 28, 2020 3:48 PM By: Canadian Press 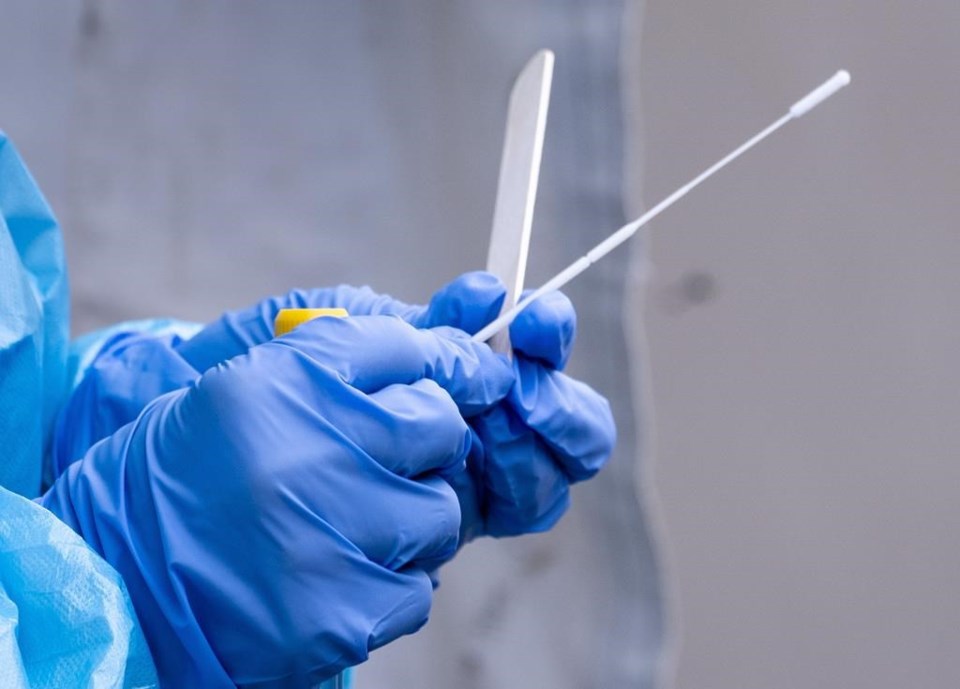 But even if she chooses that option over remote learning, she expects they'll end up spending a considerable amount of time at home.

"Someone's going to get a cold or a cough — probably not COVID, but you're going to be keeping someone home, like, all the time," says Trousdale, whose kids are set to enter grades 1 and 4.

"That's a big reason why I (also) don't want to send them back — because then at least I know what my day holds. I can make a plan."

A little over two weeks from her school's start date, various guidance plans are still evolving, leaving Trousdale with many questions about how COVID-19 precautions will disrupt learning for kids, work schedules for adults, and where and how to get tested, if needed.

She considers herself lucky to be flexible enough to accommodate last-minute upheaval — she's self-employed and her husband works from home. But she acknowledges not everyone can drop in and out of work for two weeks at a time to supervise quarantined kids.

Parents need more certainty about what the school year may look like, agrees Dr. Camille Lemieux. She thinks Ontario's testing strategy should be more aggressive to limit the number of kids and staff who may be quarantined, and the length of time they'd spend out of school.

"So you don't say to every single child, 'You have to stay home for 14 days.' You make that testing accessible to those families, and you test them not once, but you test them two and three times under relatively rapid succession and then you can be fairly certain that they're negative," Lemieux says.

It didn't take long for COVID-19 to upset the reopening plans of several Montreal-area schools, which began welcoming students Thursday.

Some 500 students at one high school have been told to stay home until Monday after two teachers tested positive. The cases also forced more than 20 teachers to isolate until Sept. 4, and the school is scrambling to find replacements.

Sylvain Mallette, president of a federation of teachers' unions, said Friday the incident underscores the need for quick and easy access to COVID-19 testing.

Other cases Thursday included a private high school south of Montreal where an entire class was sent home because a parent tested positive for COVID-19, a move Quebec's top doctor suggested was excessively cautious.

Quebec's policies on what schools should do if a parent tests positive were unclear, but in Ontario, children who share a household with a confirmed case must stay home and isolate for 14 days while the public health unit decides on further steps required by the school. However, a parent is not obligated to inform the school of their positive test result.

Overall, Ontario's guidelines shy away from requiring tests for suspected cases and their close contacts but they do strongly encourage tests for such individuals and direct them to isolate, contact public health and follow medical advice.

The guidelines also encourage retesting if symptoms develop after a negative test.

Lemieux wants clarity on whether tests will be available at schools or in communities, fearing families who are only able to test at a COVID assessment centre face another layer of complication and possible delay to containing spread.

"Some people, for various social circumstances, just are not able to go line up in (an assessment centre) or may feel that they are marginalized by going there because there's a lot of stigma still," says Lemieux.

"When you're looking at large numbers of kids, it's going to become more challenging, for sure. Most kids don't want to stand in line for a long period of time. Some kids just will outright refuse to be tested because it's frightening to them."

The province has announced 625 more nurses to monitor school risk.

A spokeswoman for the education ministry says it will include mobile teams that can test students at schools and offer more targeted monitoring in high-risk neighbourhoods.

Although Lemieux was a vocal critic of Ontario's testing capacity early in the pandemic, she doesn't expect increased demand will cause the backlogs seen in the spring.

"Our testing capacity is really quite large and significant right now. The issue is, how do you deliver that testing in a way that is going to be effective in school settings?"

Timely reporting is also a concern.

Under Ontario's guidelines, only a confirmed case would trigger a two-week quarantine for the entire cohort. It recommends testing those contacts as soon as possible, but recognizes "that in many scenarios, a few days will have already passed since exposure."

Given that test results take anywhere from two to 10 days in Ontario, it's possible secondary cases will emerge before that first case is confirmed, says Christine Nielsen, chief executive officer of the Canadian Society for Medical Laboratory Science.

Once a case is confirmed, it's also not clear how soon families would be told, or how.

The guidelines only say families are notified "immediately" if their cohort is affected. Otherwise, confirmed cases will be reported on the board or school website, putting the onus on parents to stay on top of case counts, Nielsen says.

In Ontario, Nielsen says the province has invested in more equipment to meet the fall demand and a possible second wave and so she doesn't expect wait times to lengthen.

Still, she acknowledges that additional tests for returning students, teachers and the broader workforce will increase strain on labs, with many regions also grappling with personnel shortages.

In Ontario alone, she says, employers are asking for another 150 medical lab technologists for the fall.

Non-COVID-19 medical testing is also on the rise as procedures delayed in the early days of the pandemic resume, and Nielsen expects more people will seek flu tests to differentiate the type of infection they may have.

She notes these flu tests rely on the same public health nurses, lab personnel and similar equipment used for COVID-19 detection, but use different chemicals to process.

"Surgeries are being scheduled again, family physicians are seeing patients again. We're definitely going to feel a crunch with respect to all lab testing," says Nielsen, noting the extent of that crunch depends on whether and how many outbreaks occur, their circumstances and the testing strategy.

"I feel like COVID-19 is a priority for all facilities, but there will be decisions that will need to be made, whether that's by hospital administrators or lab directors: What comes first? Is it a cardiac patient or is it a COVID-19 patient?"

He'd like more information on what happens if bused kids are exposed to COVID-19, and whether his 13-year-old son would be notified even though he doesn't take the bus — a concern because many of the teen's close contacts take the bus.

"That's a whole level of contact tracing that then has to be followed because that's going well beyond the classroom. You're now kind of getting right through the school, potentially," says Davies, whose son is set to begin Grade 8 in the rural community of Pugwash, N.S.

Davies also worries about financial strain if forced to take unpaid leaves from work to accommodate quarantines for his son. In that case, he says he can use one week of sick leave and then has some vacation days available.

Quick and clear reporting of COVID-19 cases would limit such upheaval, he says, as well as cut down on rumours and fear.

"We don't have that feedback that anyone's actually listening to what parents are saying," Davies says.

"Confidence and trust go hand in hand and when there doesn't seem to be enough being done to raise the confidence in the system, then the trust starts to sag and I think that's where you'll get the whisper network."

This report by The Canadian Press was first published Aug. 28, 2020.