MONTREAL — The curfew imposed across Quebec in a bid to quell the spread of COVID-19 is coming under renewed scrutiny as public health experts question whether residents will still be willing to comply with the measure as the days grow longer.
Mar 13, 2021 6:23 PM By: Canadian Press 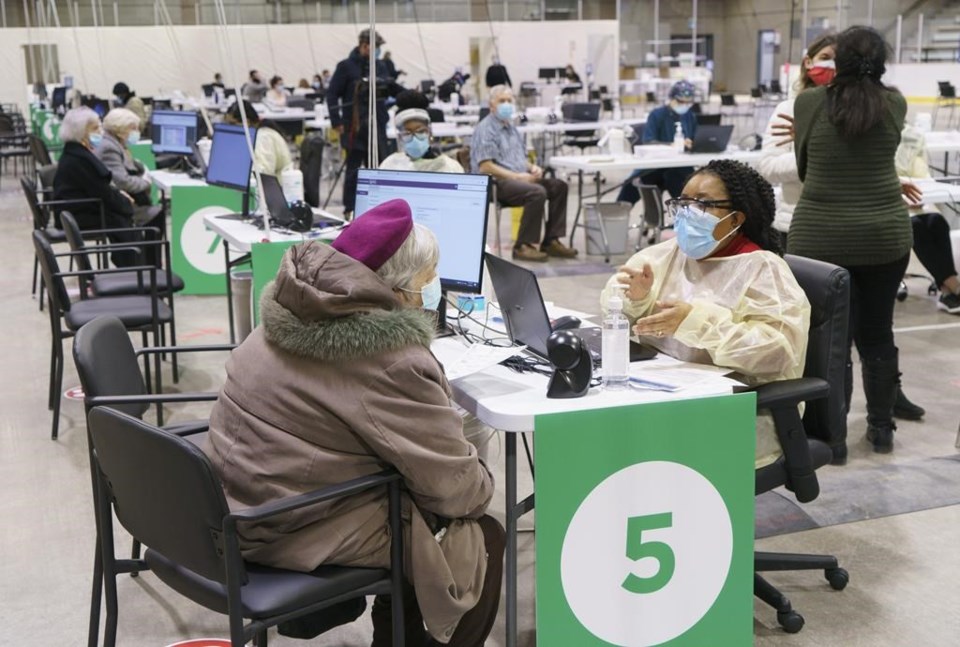 MONTREAL — The curfew imposed across Quebec in a bid to quell the spread of COVID-19 is coming under renewed scrutiny as public health experts question whether residents will still be willing to comply with the measure as the days grow longer.

The curfew -- which came into effect in early January -- has corresponded with a steep decline in the number of new COVID-19 cases reported daily in the province.

It also appears to have broad public support, with 70 per cent of Quebecers in favour of the measure, according to a survey released Tuesday by the province's public health institute.

But that support might decline once the curfew means staying in when it's still light outside, said Kim Lavoie, the chair of behavioral medicine at the University of Quebec at Montreal.

"From a behavioral perspective, as the days get longer, it's going to seem less and less natural to be in the house after a certain time," said Lavoie, who is currently studying adherence to COVID-19 measures around the world.

While Lavoie said she would support continuing the curfew if there is evidence that suggests it's needed, she thinks later sunsets could erode support for the measure.

"If the government continues to fine people for this, after a certain point in the year, I think you're going to get a lot more pushback, because it's just going to seem so unnatural to be in the house by eight o'clock when the when the sun's still shining," she said.

In the province's "red zones," which are to more than half the population, the curfew is currently in effect between 8 p.m. and 5 a.m. In the rest of the province, save for the northern region of Nunavik, it's been pushed back to 9:30 p.m.

Daniel Weinstock, a professor in the Faculty of Law and the Institute for Health and Social Policy at McGill University, said "the curfew started at a time where the likelihood that people would go along with it was probably at its highest."

The weather was cold and the province was reporting an average of more than 2,500 COVID-19 cases a day.

But with days getting longer and clocks moving forward, that may change.

"When it's still light at the time that we're supposed to be heading inside for the curfew, I think at that point it's going to be very difficult to maintain and people will probably just start voting with their feet," he said.

Lavoie said that she thinks the ease of enforcing the measure may mean people will continue to follow it, even if they don't support it.

She said she thinks the curfew has been effective at stopping people from visiting friends and family, which has been difficult for governments around the world.

The time change on Sunday morning has already drawn a court challenge to the curfew.

On Friday, a group of Hasidic Jews appeared in court asking for an exemption to the measure so they can conduct group prayers after sundown -- something they say they won't be able to do once the clocks move forward.

The initial request was rejected by Judge Brian Riordan on the grounds that it could endanger public health.

Weinstock said the courts are likely to defer to the government due to the ongoing public health emergency and the fact that the curfew appears to have worked.

"While it's not yet possible to establish with the kind of certainty that we would like that it was the curfew that led the numbers to go down, there is very strong circumstantial evidence," he said.

A large number of people protested against the public health restrictions in Montreal on Saturday. Police said several arrests were made, but did not provide an exact figure.

The Health Department said the number of hospitalizations rose by one to 551, while the number of patients in intensive care was stable at 106.

Health authorities said 31,527 doses of vaccine were administered on Friday, marking a new single-day high and bringing the total number of doses delivered to date to 681,487.

This report by The Canadian Press was first published March 13, 2021.