Ellsworth, Layton named U Sports basketball players of the year 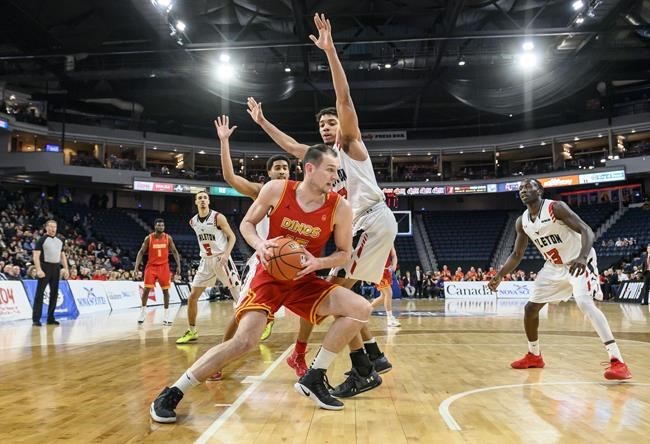 Ellsworth, a fourth-year science student from Charlottetown, received the Nan Copp Award for women's player of the year following a season where she scored 20.5 points a game, and helped lead her team to first place in the Atlantic Conference standings. With her honour, Ellsworth was added as U Sports' final member of their top 100 players of the century, in celebration of 100 years of university women's basketball.

The Calgary-born Layton received the Mike Moser Memorial Trophy for men's player of the year. The fourth-year forward was the first player in Canada West history to have a 40-point, 20-rebound game when he accomplished the feat last November. He was the nation's leader in rebounds and led his conference in field goal percentage and blocks.

Ellsworth and Layton were also named to their respective All-Canadian first teams.

Guards Jael Kabunda of Bishop's and Lloyd Pandi of Carleton were named U Sports rookies of the year, while forwards Khaleann Caron-Goudreau of Laval and Lock Lam of Lakehead were named defensive players of the year. Head coaches Mike Rao of Brock and Dalhousie's Rick Plato were recognized as U Sports coaches of the year.

This report by The Canadian Press was first published Mar. 4, 2020.