TORONTO — Anniversaries matter to high school sweethearts Cassandra Engineer and Mackenzie Cleveland. They remember the date and exact time — down to the minute — that they became a couple.
Feb 26, 2020 6:00 AM By: Canadian Press 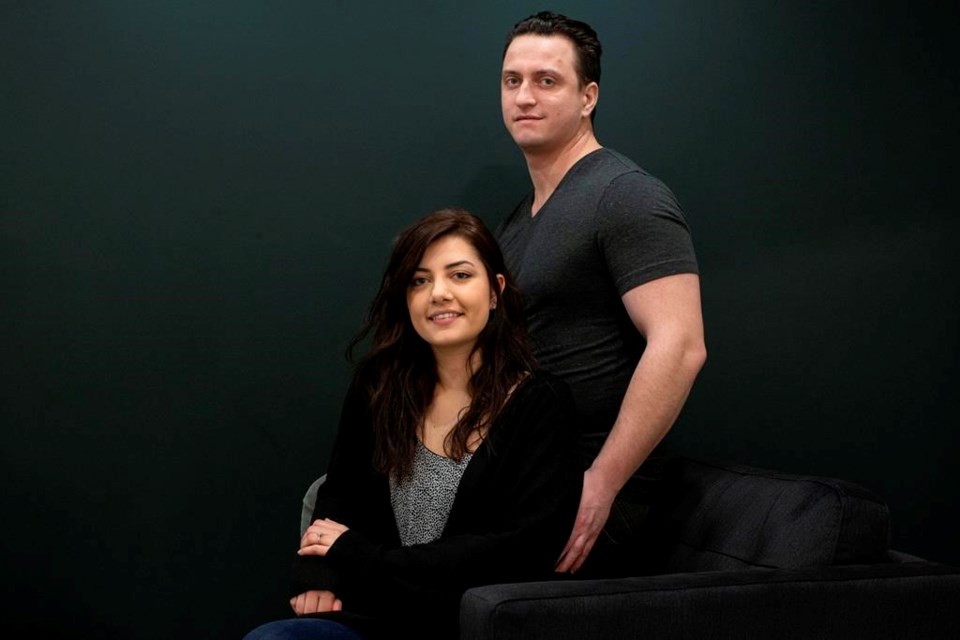 TORONTO — Anniversaries matter to high school sweethearts Cassandra Engineer and Mackenzie Cleveland. They remember the date and exact time — down to the minute — that they became a couple.

And when Cleveland proposed last year, he did it exactly 10 years after he first asked Engineer to be his girlfriend on April 3, 2009 at 3:23 p.m.

Engineer says they send each other reminders of that anniversary whenever they happen to see a clock strike 3:23.

When it came time to choose a wedding date, the duo rejoiced when they realized their winter plans coincided with a calendar quirk: a leap year. They're set to marry Feb. 29 at an art gallery north of Toronto, and because it's a day that only rolls around once every four years, Engineer says it'll be all the more special when the "anniversaries" land.

"We looked at the calendar and were looking for unique dates — there was the 02/02/2020 this year and (then) we found that Feb. 29th actually fell on the Saturday this year," says Engineer.

"Which was ideal and something that we thought was really unique, because we're sort of unique and quirky like that."

They don't expect to mark their wedding between leap years, but each Feb. 29 would likely warrant a vacation "or something a little bit bigger to celebrate." Their annual marker will remain April 3.

Saturday leap days occur just once every 28 years, making them a rare candidate for most weddings, even after discounting the general preference for summer and fall weather.

The namesake behind Rebecca Chan Weddings and Events says she's never thrown a leap day wedding and suspects such nuptials are not widely sought-after, even if they arguably make a special day more special.

But there are other advantages to considering February nuptials, she notes, pointing to the winter discounts many venues and vendors offer when business dips.

That was certainly the case for Engineer, who credits her unusual date with allowing her and her boyfriend to snag a scenic venue with less than one year's planning.

Once the big day passes, the question becomes: Do leap day couples mark the big traditional anniversaries, which are celebrated every five years?

Bride-to-be Elizabeth Antonucci, who has a destination wedding in Jamaica this Saturday, says the anniversary will always be leap day — even if it doesn't capture a traditional milestone like the crystal 15th, platinum 20th or silver 25th.

"I'm reasonable about it. I don't feel this big need to celebrate traditionally," says Antonucci. "It's very much whenever we have time. Our lives are very hectic."

"People will see the 10th as special — what's special about it? If we didn't work on the decimal system, if we worked on a mathematical system based on eight, then eight would be the special year."

He reminds us that leap day is meant to correct a calendar that cannot account for the fact the Earth rotates slightly more than 365 times a year.

That extra day in February once every four years allows us to mostly "catch up" to the seasons, although there are other rules that kick in every 100 years and 400 years to align things even more.

This is all to say that if leap day couples appear out of sync with their "real" anniversaries, the truth is we're all misaligned with the calendar — except on Feb. 29, says Alcock.

"The fact of the matter is, it's the rest of us who are off right? If you celebrate every 365 days, you're off by a little bit," he says.

"The people who married on leap year and celebrate every four years, at least at that point they're right on."

Leap day groom Josh McConnell may have found a workaround by marrying Feb. 29 in New Zealand, which would still be Feb. 28 in his hometown of Toronto.

Unlike the Canadian couples, McConnell says he and his Kiwi bride faced tough competition for the date because it fell during the summer high season there. They began nailing down the venue and vendors two years in advance.

"When we started calling around (to) photographers, and venues and caterers, they all said the same thing. They're like, 'Actually, even though it's two years away, that's the one day I have booked in 2020 right now, just because it's a novelty day,'" recalls McConnell, who turns 32 on Thursday.

The upside is that flights are cheaper this time of year for Canadian guests flying in for the wedding, says McConnell. And because they each have roots in different time zones, he believes they can legitimately celebrate on either the 28th or 29th.

"We liked that added element (in which) we can highlight we're from two different countries," he says.

This report by The Canadian Press was first published Feb. 26, 2020