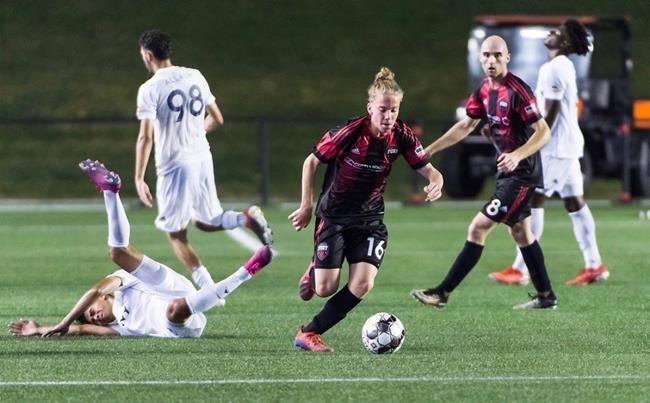 At 15, the midfielder became the youngest player in Ottawa Fury history to sign with the USL club after just graduating from Ottawa's Futuro Soccer Academy.

The five-foot-five native of Chelsea, Que., who calls the Ottawa-Gatineau region home, made three appearances for the Fury in 2019.

"Having Antoine join Atletico Ottawa is exciting," club CEO Fernando Lopez said in a statement. "He is a young talent with incredible potential. Having made his professional debut at the age of 15 is a testament to his passion and drive for the game and we are looking forward to working with him to develop his talent."

"Being part of the Canadian Premier League and getting the opportunity to play in Ottawa in front of fans, my friends and family from the Ottawa-Gatineau region is exciting," Coupland said.

Ottawa will open its pre-season camp March 11 in Spain at the training complex of parent club Atletico Madrid.

The club is slated to return to Ottawa on April 7 to continue preparations for its league debut April 18 against champion Forge FC in Hamilton. Ottawa's home opener is May 16 against HFX Wanderers FC at TD Place Stadium.

This report by The Canadian Press was first published March 5, 2020.